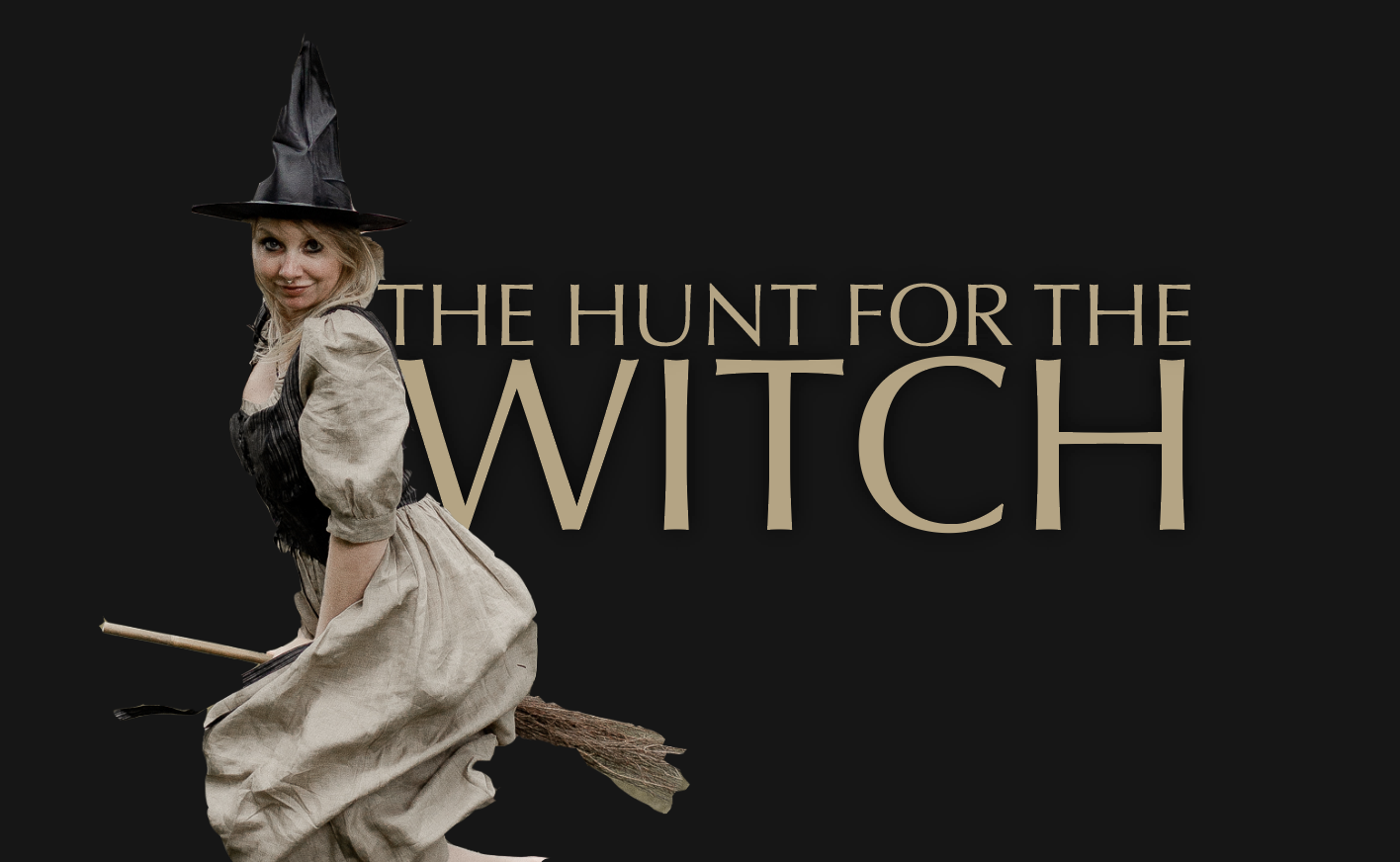 Special episode reveals the truth about the infamous hunt for the witch.

For many, the word “witch” is synonymous to pacts with the devil, pointy black hats, and haggard old women standing over boiling cauldrons of chopped-up children. For centuries, the term was used to derogatively describe a malicious outlier of society (typically female), who used
magic for evil intent. But this was not always the case. Ancient Sumerians regarded witches as seers and diviners who played a crucial role in society and the “witch” personification was present in early China, Babylon, and Egypt. Common folk widely believed in witchcraft and people would buy and sell magical services like love potions and spells to help find stolen belongings. It was an acceptable profession and even tolerated by early Christians.

In fact, between 900 and 1400, Christian authorities were unwilling to even admit witches existed, let alone try someone for the crime of being one, and in 1258 Pope Alexander IV issued a canon to prevent prosecutions for witchcraft.

The Lombard code of 643 states: Let nobody presume to kill a foreign serving maid or female servant as a witch, for it is not possible, nor ought to be believed by Christian minds. This all changed by 1550 when a political Catholic-Protestant tug-of-war for confessionals led Christian authorities to reverse their position entirely. At this time, witches existed in droves, and to protect citizens against the perilous threat witchcraft posed to their safety and well-being, it was recommended that they should all be prosecuted and punished wherever they were found.

Prosecutors declared that witches allied themselves with the devil and this anti-diabolism preaching was used as a tool of propaganda in a bid to win religious market share, in much the same way that contemporary Republican and Democrat candidates focus campaign activity on a scape‐goat during elections to attract the loyalty of undecided voters. And it worked, the result was a literal witch hunt ensuing across Christendom with witches the easy target in the Catholic and Protestant Counter-Reformation confessional battleground.

In the wake of this ‘Great Hunt’, which lasted roughly 150 years, an estimated 80,000-120,000 people were tried for witchcraft and half were brutally executed. More than 80 percent of those accused were women. Typically willful females who were independent professionals, healers, and midwives. The fear of female power often targeted elderly women who were marginal in society because they had often lost the oversight of male kin and their reproductive role after menopause.

In 1608, the puritan William Perkins published Discourse on the Damned Art of Witchcraft where he outlined the key indications that someone was indeed a witch. According to Perkins, if you experienced misfortune after having a quarrel with someone, it was likely that you had been cursed. This work became a standard text on the topic of witches in the English-speaking world at the time. Mass executions occurred on both sides of the Atlantic. Perhaps most notable of them all is the Salem trials which reached unprecedented heights and led to nearly 10% of the small Massachusetts town’s population being accused of witchcraft!

It all started one day in 1692 when two young girls fell mysteriously ill. At the time, the town was under the constant threat of Native American attacks and smallpox, and young women, whose primary role in society was to find a suitable husband, were under constant pressure to comply.

The two young girls lived with their father, a local preacher, and the family Arawak Indian slave Tituba, who had been purchased in Barbados.

It was a favorite pastime of the young girls to indulge in the divination practice of cracking an egg into a glass and interpreting what they saw. And on one such instance, the girls claimed to have foreseen a coffin in the egg. Not long after, both girls entered violent fits and bouts of screaming.

The local doctor was called in but he could only scratch his head in puzzlement and soon this mysterious affliction spread to five other girls in the town. Unable to diagnose or prescribe the condition, the doctor chalked it down to the devil.

Upon this declaration, the Reverend and his family promptly set about baking a “witch cake,” a cake made of rye mixed with the girls’ urine, which would supposedly reveal the identity of the witch who had bewitched them. The girls both pointed their fingers directly at Tituba, the slave, as well as two other women, setting off the infamous Salem witch trials.

The first person to be hanged in Salem was Bridget Bishop, who had been married three times, ran two taverns, and dressed flamboyantly. At best, the reasons listed against her would not even stand a second thought in today’s court of law, but it was enough back then to send her to the gallows. Most of those who were brought before the clergy were accused under “spectral evidence” – a testimony in which an individual claims that the accused harmed them in a dream or vision.

Because little to no evidence was required other than a spirit vision, testimonies flew left and right as villagers claimed to have been cursed by their neighbors or enemies. Pressures of a puritanical and patriarchal society, set the stage for repressed teenage girls to find themselves happily, and oddly, at the center of attention for the first and only time in their lives. Accusing your competition for a suitable
husband became a convenient way to remove them as an obstacle.

Men, however, were not exempt from accusations and John Proctor was the first man to be executed in the trials due to his skepticism and doubts that witchcraft even existed. While there has been much speculation on what led to the mania that became the Salem witch trials, ranging from psychological duress caused by living in such harsh environments, through to political social tensions, in 1976, Linda Caporal offered evidence that the trials had followed an outbreak of rye ergot and that the brief and intense illnesses suffered by so many of the townspeople were not bewitchment but rather the result of ergotism.

Ergot is the same psychoactive fungus that is suspected to have been used during the Greek Mysteries – an ancient festival that celebrated the magic of this world – and thrives in cold wet weather. Its effect is such that it can cause paranoia, hallucinations, spasms, cardiovascular issues, and still‐born babies. Its victims appear stoned and are prone to visions. The fungus is found in rye bread, and Caporal cited that in nearly all major areas where witch hunts had occurred globally, rye bread had been a staple of the diet at the time.

Despite these findings, and our new understanding of magic and witchcraft, the devil-worshiping smear campaign of the past still holds much stigma and fear.

In recent times, however, the word is being reclaimed by feminist movements and in Latin America, ‘bruja’ (witch) is used to denote a strong and capable female. It’s easy to dismiss the Salem trials as an irrational pitch‐ fork-wielding moment in history but the anxiety that gave way to the executions of innocent people is something that can still be observed these days with equally devastating consequences. (Read article: Nothing scary about magic).

While the common person is no longer able to point fingers on the basis of spectral evidence and send someone to the gallows anymore, social media and computer screens have diminished responsibility, repercussions are low, and the result is a trigger-happy cancel-culture not too dissimilar to the medieval mob.

Our words still hold just as much power.

The witch was the product of an age of anxiety, and our fascination with this unruly magical worker reveals as much about our own fears and insecurities.

But as the saying goes: to point the finger at a witch is to admit to the existence of magic.