The Ancient Egyptians believed that after death the ba, or soul of the person, traveled through a series of tests and chambers, much like a baby in amniotic fluid, before being reborn again, or immersed back into collective energy/either or.

The first god to vibrate all into existence is Atum,  by knowing his own name.  The similarity between the word atom, a single particle that can implode into a universe, and Atum does make you stop and wonder if a time traveler has not stopped by in this era.

The success of your journey through these spiritual lands of Osiris and Set, the brothers who dual each other, resembles much the journey of the birth canal.  Hieroglyphs across temple walls, some of the only traces left of this ancient world (dating back over five thousand years ago), depict Anubis, the jackal headed god, balancing out his tipping scales.

You come to face yourself in the cycling of life.  And how the tip balances will determine the rest of the journey and whether or not the three headed snakes come to devour you in whole.

It would be a mistake to think that hieroglyphs are primitive because they are humanity’s earliest attempt at written language.  They requires a mastermind to decipher.  In Imagining the World into Existence, Normandi Ellis explains how hieroglyphs can both be read from left to right and top to bottom and requires non-lateral thinking.

The way one viewed hieroglyphs was much the same as how one should also view the world.

The Ancient Egyptians would come together once a year for a month long of festivities to celebrate the Pharaoh’s connection to the divine, all were welcome to attend.  Magic was a common understanding of the world. Life itself was viewed as a divine process of magic. Words were what were used to shape the world itself.

For over 1,500 years, the world of Ancient Egypt was forgotten and lost to the dunes. By the time the Sphinx was reconsidered, it was up to its ears in sand.  Hieroglyphs themselves weren’t deciphered until 1822 by Dr. Hussein Abdel-Basir, up until this point, humanity had all but forgotten about the ancient civilisation.

When one looks at the Egyptian ankh –  a cross that means “life”, or Isis, the wife of Osiris and her resurrected son, it makes you realise how, while it may have gone forgotten, the ancient Egyptian thread runs deeply through most of us and has influenced all parts of our culture and beliefs.

It is only until very recently that the study of magic came out of the domain of anthropology into psychology and scientific exploration.  Up until very recently in the timeline of humanity, no funding would have existed for such research and the world of alchemy was deeply stigmatised.

Until we realise the happiness we seek is not outside of ourselves, we will destroy ourselves.  And perhaps this is what Jesus meant when he is recorded in the denounced coptic texts found at Nag Hammadi dating older than the New Testament as:

The story of Isis, who spreads the dismembered pieces of her husband Osiris across the lands of Egypt so that Set, his vengeful brother of death may never find him whole, is reminiscent of the recycling and ouroboros of magic – the snake with its tail in its mouth.  The constant cohesion and process of annihilation.

The ouroboros wrapping itself around the pharaoh represents the constant cycling and duality of life. Birth and Death.

What the Ancient Egyptians believed above all was that everything is everything, we are all one and our own word is the divine embodiment of our worlds.  The hieroglyphic symbol for “magic” to mean “words of power”.

Death and birth are just altered forms of consciousness.

Your life is the very embodiment of this magical process, and while the ancient humans had some questionable rules around incest and slavery, it could be that the knowledge they had tapped into around altered states of consciousness explains why they were able to build resilient to the brutal realities of dynasty life and suddenly build large scale symmetrical pyramids that lined themselves perfectly to Orion’s Belt.

The Egyptians believed the Three Sisters was where the gods themselves had descended from. Over the millennia, the pyramids no longer perfectly line up to the stars, and it will be another 5 million years before the world spins itself back round again.  By this time, our planet as we know it will no doubt look radically different.

The snake with its tail in its mouth is there to remind us that everything goes on, everything continues.

If you like what you read, be sure to sign up to receive notification when my first book Magic Source Codes: The craft of reality, comes out in July 2022.  Join waitlist >> 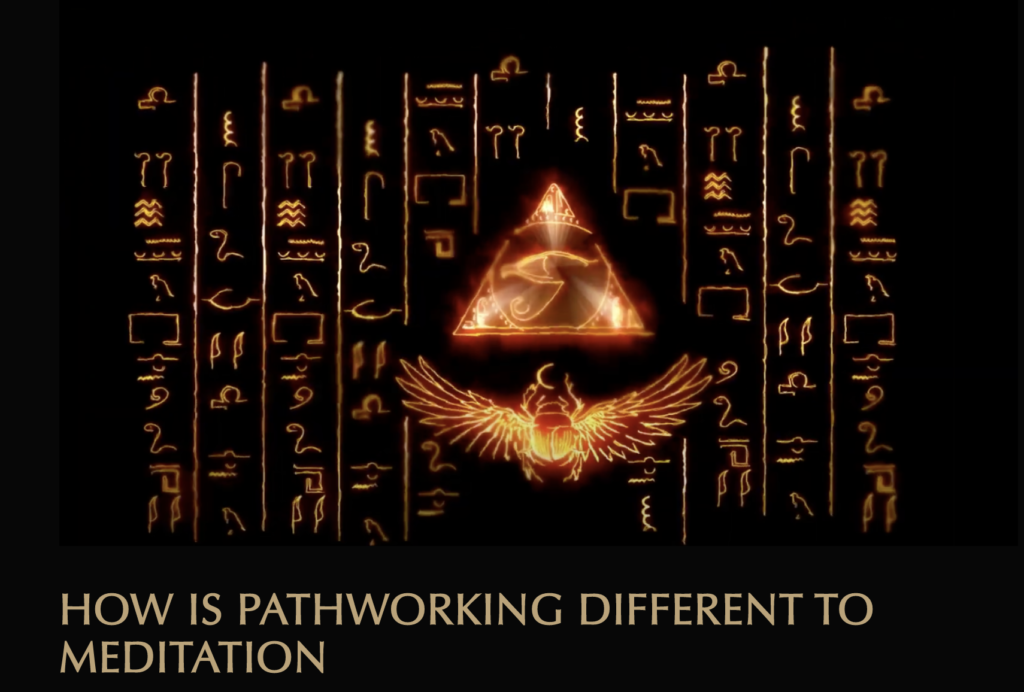