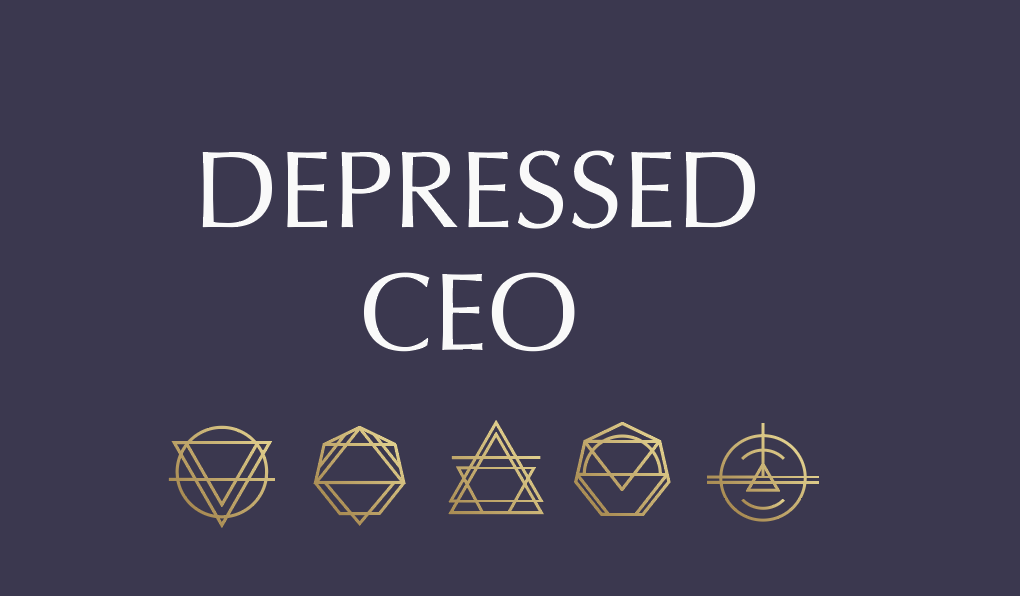 This is a bit of a vulnerable share, some of the stuff in here I have never openly talked about, some of it I deleted before adding back in realising that there is no shame in my story and that being brutally honest is the only way to truly help others. So here we go, be gentle on me. If the topic of being depressed and suicidal is upsetting to you, proceed with care.

Three years ago I found myself in a difficult place in my business – financially and mentally.
Even though I had built a multi million dollar company – something I had never imagined possible for myself growing up – even though I had followers from all over the world and was well respected in my field, even though I was well connected and had amazing people around me, I was beginning to question myself and my business.
Something wasn’t clicking, the fire in the pit of my belly that I once had had diminished. The rush that had come from making so much money had flushed through my system (as it always eventually does) and I was left standing there realising that I just wasn’t that excited about what I was doing anymore. Problem was, I was just as confused about what, if anything, it was that I wanted to pursue.
Because I was making crazy sums of money and because I was getting accolades from people for the work I was doing, my mind rationalised away my doubts and concerns. Even though my entire body and soul was screaming out for change, I kept telling myself that walking away from it all would go down as the dumbest move in history. Why would I walk away when I had worked so hard for it all? When I didn’t even know what it was I wanted to do or what would fulfil me. When I was making a great salary. Why?
It just didn’t make any sense on paper.
And so I stayed.
And the longer I did, the longer I ignored these thoughts and telltale signs, the more my confidence began to plummet, the more my self worth was left in tatters, the more skeptical and cynical I became. The more the hopelessness of depression began to set in.
By this stage the business revenues had already plateaued and no matter what I threw at it, no matter how much money I invested back or who I hired, nothing worked to shift the needle.
On the surface, the declining revenues were the only signs that something rotten was happening inside of me. No one around me had any idea just how bad things were, I was a functioning depressive. Slowly the revenues continued to dive and dive and each month would be a scramble to make payroll and pay expenses.
It was an exhausting way to live. Being sad and fearful is exhausting.
I was desperate to heal and get back to the old version of myself, the one who had passion and enthusiasm and could turn anything she touched to gold.
And so I frequented therapists, escaped to self help retreats and workshops, did plant medicine, tried reiki and scientology and climbed to the tops of the Himalayas to meditate with monks. I went so far to go under the knife several times thinking this would make me love myself just a little bit more. Over one hundred thousand dollars later, still nothing worked.
Until one day I hit a wall and had a mental breakdown. I walked into my fancy inner city office and resigned as CEO. My whole team sat there with me and cried and I confessed just how bad things had gotten. I was bed bound for the next two months, barely able to feed myself or get out the door.
It was like my nervous system had decided to step in and take matters into its own hands saying ‘Look here Cat, you’re clearly not going to step away from this thing you want to step away from but are too afraid to, so we’re gonna do it for you – here’s a mental breakdown to force you to your knees so you will have no choice but to listen.’
But quitting did not solve it, it only exacerbated the decline.
I became actively suicidal and tried to end it all, I was out of hope.
It was after a failed attempt that I came to fully know rock bottom, for there is hardly anything more discouraging than not even being able to do the one thing you think you still have dominion over in a world that feels completely out of control – taking your own life.
With only the perspective that time can give, I can hand on heart say today that I am grateful for that rock bottom for it was in that moment that the penny finally dropped.
After years of searching for answers in the most exotic of locations and the sterile offices of a therapist, I finally connected the dots: That what I had done to initially attract money into my life was exactly the same work I now needed to do for my sense of self worth and fulfilment.

You see, the penny dropping was the realisation that my entire sense of wellbeing was conditional on outside circumstances.

I had never learned or developed the skill of making myself feel well irrespective of what was happening to my bank account, where I was in the world, my womb, my relationship status, the width of my thighs and other people’s behaviours.

Instead, I had been going through life chasing the dopamine hit of making a sale or of having sex, or of being up on a stage in front of people …. all of these were great, but short lasting.  I always needed more, it was never ending.

There is possibly no feeling more exhausting and terrifying then to spend your entire life chasing money or some desire that you believe will make you feel a certain way about yourself or life only to discover, upon standing on top of the conquered mountain, that there will never be enough peaks to fill the void inside.

It’s the kind of stuff that leads straight to drugs and alcohol and depression.

Unfortunately, this is how the majority of people – especially entrepreneurs – live their lives.  Thinking that making a million will unlock happiness, then, upon realising that it doesn’t, thinking ten million will do the trick, then one hundred million and on and on. Where does it end?

“When I make the money… then I will feel abundant…”

“When somebody loves me… then I will feel worthy…”

“When I hire more people, then I can stop the hustle…”

And so we spend out days plotting and scheming, writing out pros and cons lists, attending conferences, hiring coaches and staff, building and launching and releasing and pushing.

We try to solve internal discomfort by changing the outside.

And we get shit-whipped by life because of it.

No matter what amount of effort or mental intellect is poured into the problem at hand, no matter what you do, who you hire, how much money you throw at it, how long or short the to-do list is – the burnout, the plateaus, the doubts, the fears remain the same.

A telltale sign that the work at hand required is an inside job and that nothing on the outside of you could ever solve for X.

I had grasped this concept six years ago when I worked to attract wealth into my life. I had practiced and developed the ability to FEEL like a millionaire without the millions and this isn turn led to an in-pour of cash beyond my wildest dreams.

As if by magic.

Unfortunately for me, when I first stepped into money, I got cocky.  I was on top of the world, the rush from the cash still strong in my veins, and I thought I had it all figured out. So I stopped doing the work, and not long after the doubts and fears and depression set in.

It took the rock bottom to steer me back to the basics: on the importance of cultivating well being unconditional and irrespective of the outside.

Positive expectation MINUS the attachments.

I can already hear what you’re thinking: ‘and how exactly is one supposed to do this?’

If you would like to hear more about the dots connecting and what I did to build this skill you can catch a replay of a call I did this week about the subject here: https://cathowell.com/reprogrammingreality/
———
If you are currently going through a difficult time, rest assured there is light at the end of the tunnel. Know that you are deserving, it is possible, and you can find hope and purposefulness again.
If suicidal thoughts are crossing your mind, reach out and tell someone as soon as you can, it will do the world in relieving the load. If you don’t have anyone send me a message, your light is important and matters.
x Cat